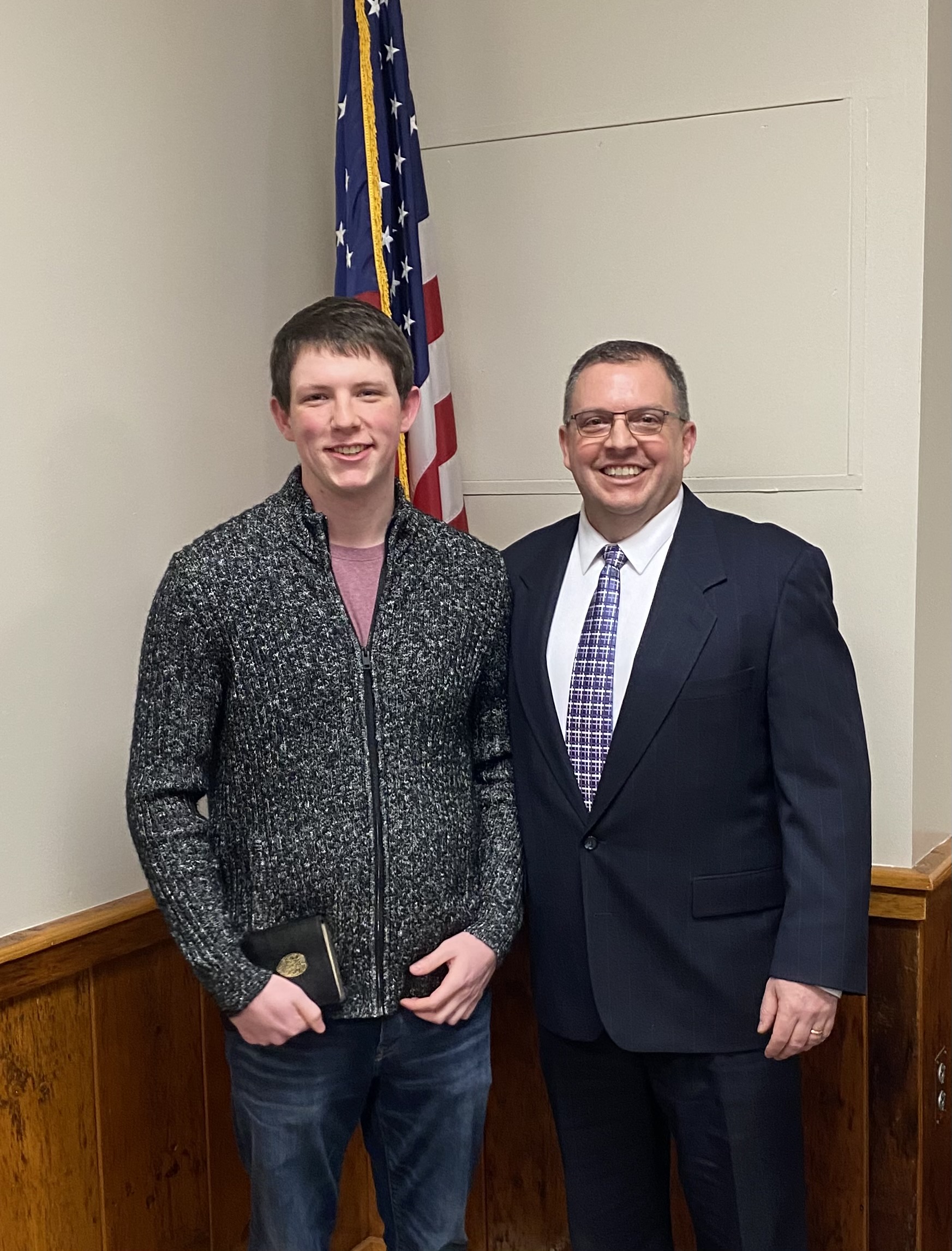 The North Coventry Township Board of Supervisors were pleased to announce C. Matthew Deichert as the new chief of the police department.  Chief Deichert pledged the oath of office before Magisterial District Justice John A. Hipple at the Board’s monthly meeting held on February 8, 2021.  “Matt” as he likes to be called is no stranger to Norco PD as he has been serving on the force for more than twenty years.  The Board of Supervisor thought it was important to fill the chief’s position from within the ranks of the department after Chief Robert Schurr announced his retirement in March of 2020.   Matt was selected to assume the duties of Officer-in-Charge after the supervisors evaluated candidates and conducted interviews.  The end result was not only favorable to the Board’s selection process, but has been met with high approval by the rank and file officers.

Chief Deichert graduated from Millersville University and started with North Coventry Township Police Department in 1997.  During his tenure he has held the position of Field Training Officer, Vehicle Accident Reconstructionist, The Dare program officer and held the rank of Master Patrolman.  Soon after taking the post as Officer-in-Charge, Matt found himself dealing with the health and safety issues of the Covid 19 Pandemic and guided the department though reaccreditation and certification by the Pennsylvania Chiefs of Police Association.  Before the summer was out, Chief Deichert was again tested when called to the scene of the Ashwood Apartment Complex fire that brought multiple agencies together to work as a unified command.   Through it all Chief Deichert has displayed confidence, a command presence and effective leadership which has continued without interruption keeping you and your family safe and is what we believe you would expect of the North Coventry Township Police Department.

We hope that you will join us in congratulating Chief Deichert, wishing him continued success in his career.

(Pictured with Chief Deichert is his son, Tim)