The Westtown-East Goshen Regional Police Department experienced a series of theft complaints from April 19, 2018 through April 23, 2018. In each case the victim reported that their unlocked vehicle was entered, ransacked and property taken. Complaints were received from two residents living in the 900 block of Hummingbird Lane, one resident living in the 300

In most cases cash, coins, gift cards and small electronics were taken. In one theft complaint from Overhill Road, a $4,000.00 gold ring with diamonds was taken and victim provided a detailed description of the ring to police.

On April 23, 2018 at 3:00 PM, Officer Ryan Benningfield and Officer Mark McKinney stopped at a local gold buyer in the 1300 block of West Chester Pike in East Goshen Township to see if someone may have sold the stolen ring from Overhill Road. When officers entered the business, Dakota Edward Love, age 26, from West Chester was in the store attempting to sell a large amount of jewelry, sports collectibles, and rare coins. Included in the jewelry was the $4,000.00 ring taken from Overhill Road. Police arrested Dakota Love and seized a back pack containing jewelry, coins, house keys, gift cards, electronics and United States Currency. Police determined that Love utilized Uber for transportation to the business on West Chester Pike.

Dakota Edward Love, who was last arrested by the Westtown-East Goshen Regional Police Department back in May 2017 after a lifted fingerprint from an attempted theft from vehicle was matched to Dakota Love, was charged with multiple counts of theft by unlawful taking, receiving stolen property, loitering and prowling at night. Love was arraigned before Magisterial District Judge Michael Cabry who set bail at $80,000.00 and a preliminary hearing date on Thursday, May 3, 2018 before Magisterial District Judge William Kraut.

The Westtown-East Goshen Regional Police Department is working with area law enforcement to identify the owners of the seized stolen property.

If you are the victim of a recent theft or burglary, where property was taken, please contact Detective Jason Diamond at 610-455-6082 or e-mail jdiamond@wegopd.org. 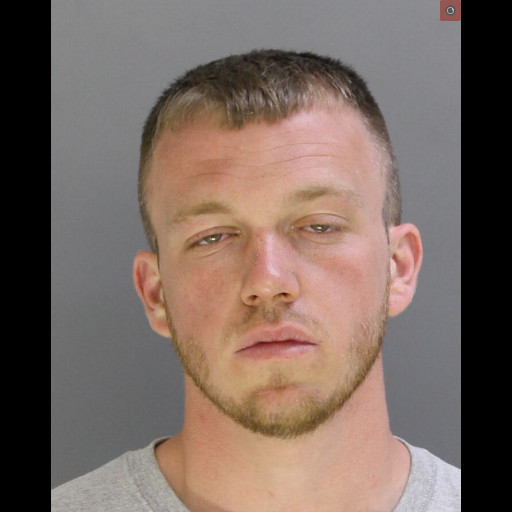