Members of the Traffic Safety Unit rode on school buses and monitored activities at each stop. During the operation one motorist was observed driving through the activated stop lights on East Pleasant Grove Road and Skiles Boulevard in Westtown Township. A marked patrol vehicle was able to stop this driver and issue citations for the violation.

Pennsylvania's School Bus Stopping Law requires motorists to stop at least 10 feet away from school buses that have their red lights flashing and stop arm extended. Motorists must stop when they are behind the bus, meeting the bus or approaching an intersection where a bus is stopped. Motorists following or traveling alongside a school bus must also stop until the red lights have stopped flashing, the stop arm is withdrawn, and all children have reached safety. If physical barriers such as grassy medians, guide rails or concrete median barriers separate oncoming traffic from the bus, motorists in the opposing lanes may proceed without stopping.

Motorists found to be in violation are issued a citation for Section 3345(a) Meeting or Overtaking a School Bus.  The penalty for the violation is a $250.00 dollar fine, a 60 day license suspension followed by five points when the license is restored. 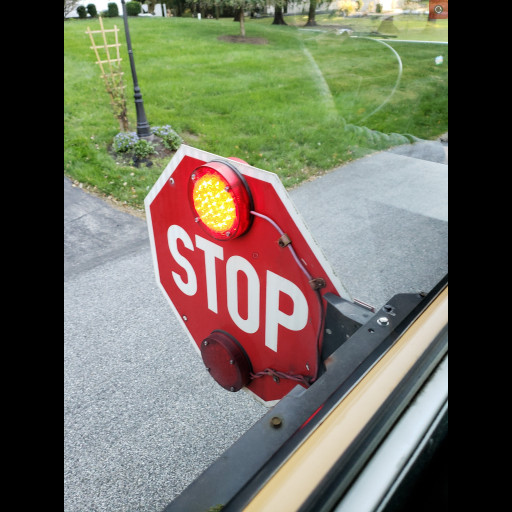