The Oxford Borough Police Department continuously strive to uphold our core values and promote public safety as often and as reasonably as possible. Law Enforcement of "low level" criminal activity may seem to the public that the police are picking on individuals, but in reality we will never know the life that was saved or injury prevented by enforcing ALL laws.

The Oxford Police Department believes that community policing is a partnership between law enforcement and the community. Most often, the general public thinks more police on the street and/or long periods of foot patrols are what supports a community policing model when in fact, these methods only play a small role in preventing crime. Having "more police" is not the answer when we all know crime is most likely going to occur while police are responding to other calls for service. Neither citizens nor police can control a bad guy's ability or desire to commit a crime. What we do have control of is their opportunity to commit that crime. For example, a patrol car driving through a neighborhood perhaps prevents a bad guy from breaking into a victim's car, or a citizen who mounts a motion light may prevent a prowler. In both examples, it's the police partnership with the community that forms the best results.

The Oxford Borough Police need community participation. IF YOU SEE SOMETHING, SAY SOMETHING! Get involved in your community, prevent a crime, improve your quality of life by calling the dispatcher 610-268-3171 or 911 to have an on-duty officer respond. 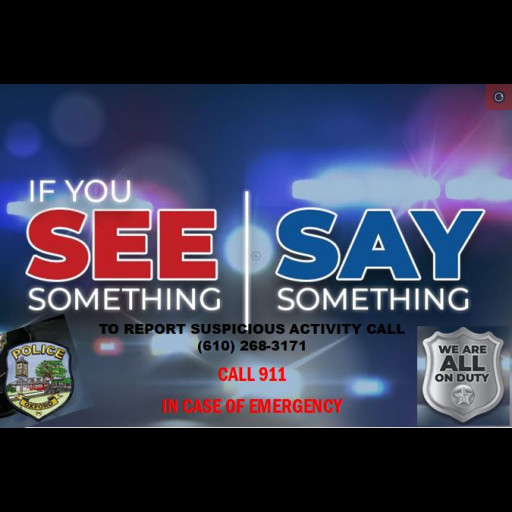