IN MEMORY OF OUR TWO SLAIN OFFICERS 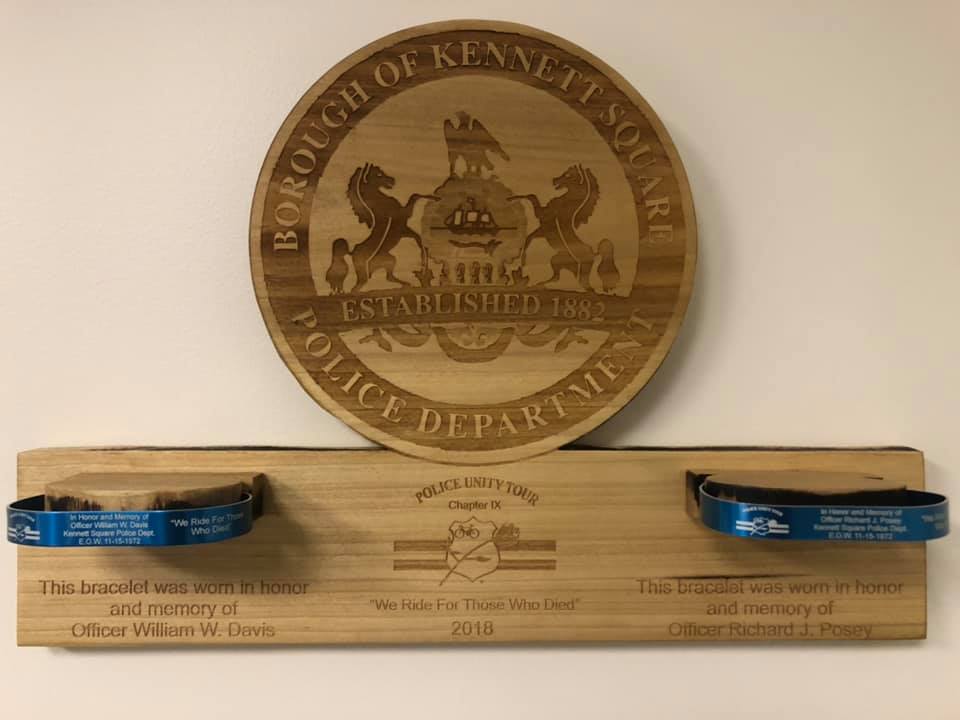 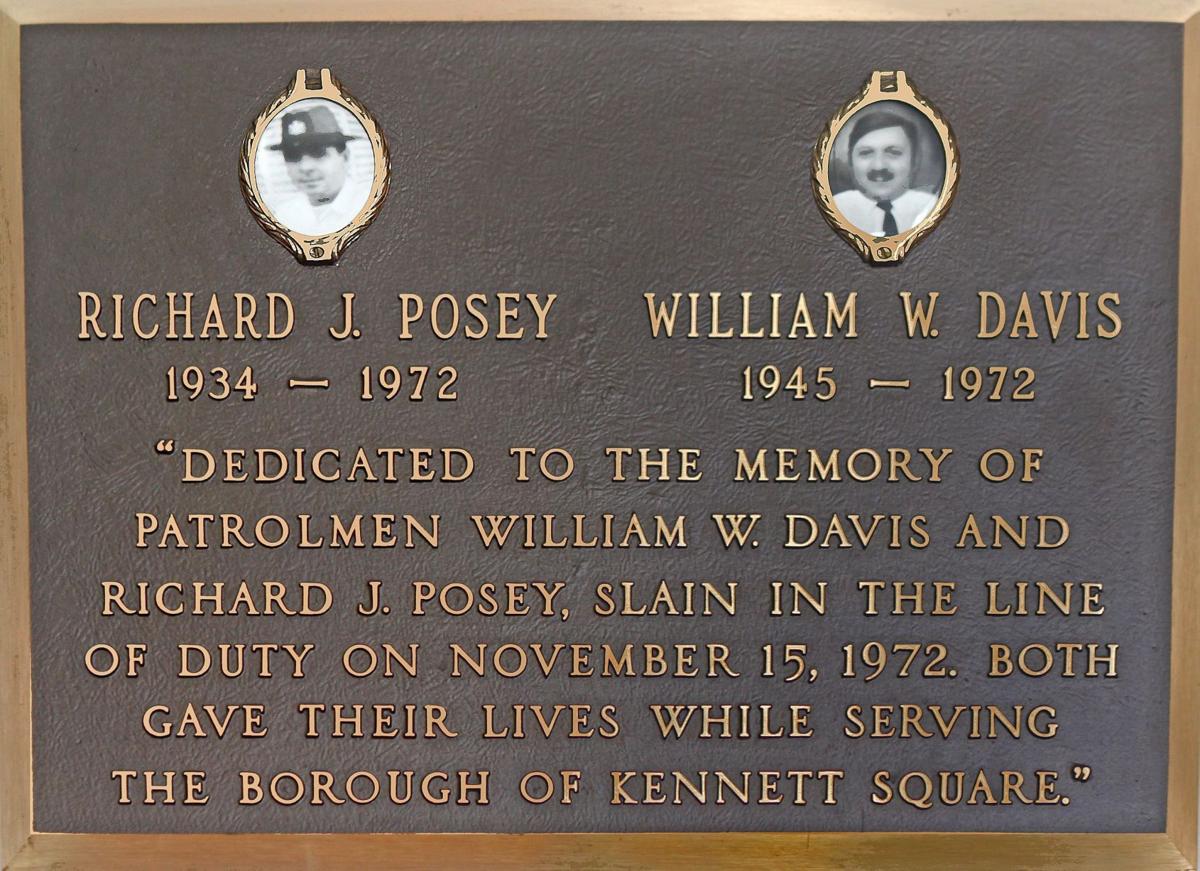 Dedicated to the memory of Patrolmen William W. Davis and Richard J. Posey, slain in the line of duty on November 15, 1972. Both gave their lives while serving the Borough of Kennett Square.

During the summer of 1972, at least five police officers were murdered in the tri-state area. Dispatchers at the CCPR were concerned about the safety of officers on midnight shifts and requested the District Attorney, who controlled CCPR at the time, implement an hourly time check. The dispatcher’s fear was that an officer could be sick, injured, or killed during the early morning hours when police are most vulnerable and not be found until daybreak. The District Attorney agreed. On that damp, drissly, fall morning the lone Kennett Square Police car occupied by Patrolmen Davis and Posey missed their 0215 time check. Dispatcher Jay Groce called the Kennett Square Chief of Police and asked if he would look for them. Groce had already contacted the Pennsylvania State Police at the Avondale barracks and requested they also search for the Kennett Square Police officers. The Chief arrived shortly thereafter at the Police Station and met the two officers. The police car was parked parallel to the building with the driver’s door open. Directly below the door were the bodies of the two patrolmen. Both officers were rushed to the Chester County Hospital and both were pronounced dead at the hospital. The Kennett Square Police Department had just lost two of the town’s policemen and the department had lost two close personal friends.

A criminal investigation was begun, headed by Sgt. J. Winter and Cpl. C. Zagorskie of the Pennsylvania State Police, along with dozens of police officers from all over the county and the country. A tremendous amount of police expertise went into solving this crime.

On the morning of the 5th day, Ancel Hamm of Kennett Square was arrested and charged with the murders of Patrolmen Posey and Davis. Hamm had been arrested by Patrolman Davis on numerous occasions and many believed Hamm had a vendetta against him. Others believed it was because of pending criminal charges against Hamm. Whatever the reason, Hamm stood in the darkness 100 yards north of the police station and when the officers arrived at the station, Hamm fired two deadly shots from a high-powered rifle, assassinating both officers. Whatever possessed Hamm to take these lives, we may never know. We do know that our department and our community have never really recovered from this tragedy.

In a highly-publicized trial held in Dauphin County, District Attorney William H. Lamb successfully prosecuted Hamm using largely circumstantial evidence. Hamm has filed numerous appeals to his two consecutive life sentences during the past thirty-five years, but to date, has been unsuccessful.

The Davis and Posey families are to be admired for their strength. They are shining examples of what family values are all about.

In November the Kennett Square Police Department annually holds a Memorial Service commemorating the anniversary of the deaths of Patrolmen Davis and Posey. We will not let the officers be forgotten or let them die in vain.

"As a matter of policy, the Kennett Square Police Department will remember and honor these officers who gave their lives while serving the Borough of Kennett Square - Chief of Police, William T. Holdsworth" 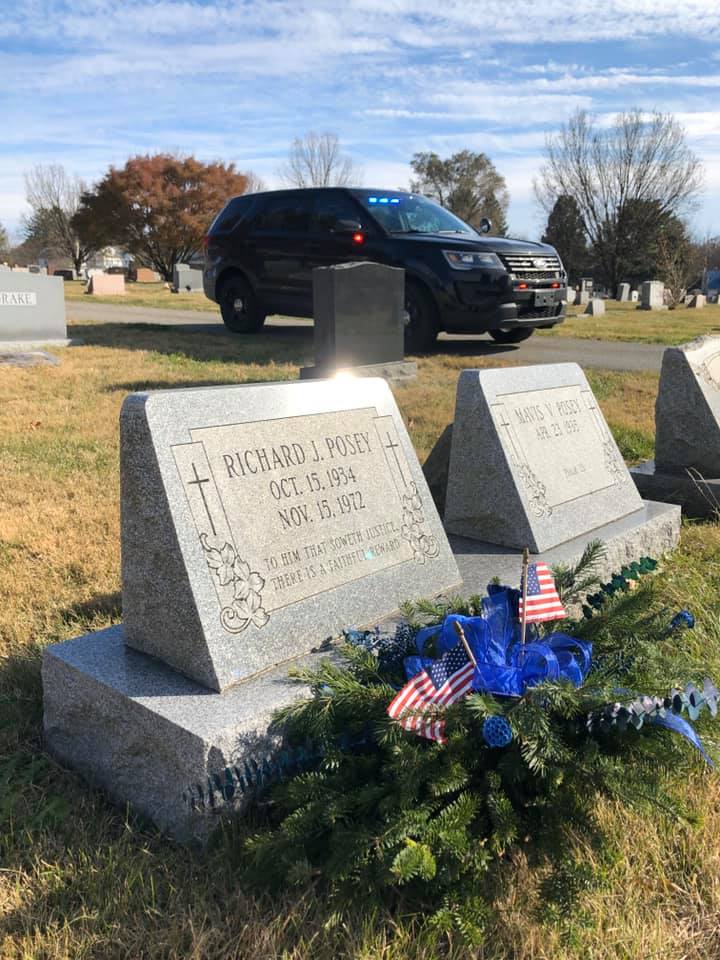 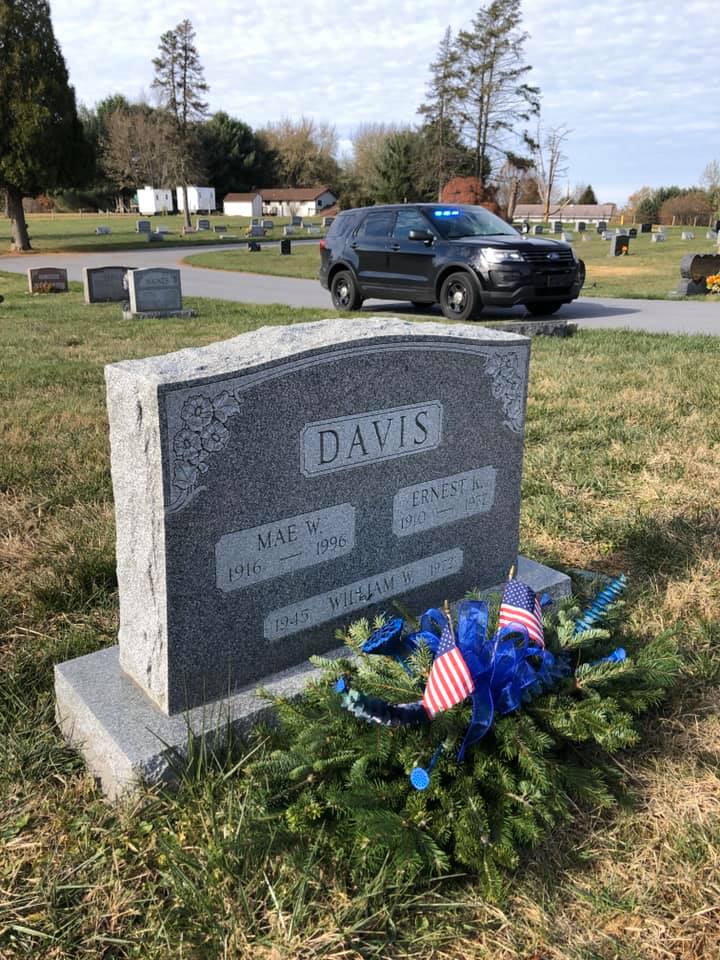