The Holiday Light Parade is still planned for Friday 11/25/2022 at 6:15 pm.  We are currently tracking the weather and will update the Community if there are any changes.

Beginning at 5pm, the parade route will be closed to traffic and traffic detours will begin.  E. State Street traffic will be detoured to Elm Alley, to E. Maple Street, to N. Broad, to N. Union around the business district which is the main spectator area and parade center.

Once the parade begins at 6:15 pm there will be intermittent traffic delays along Cypress Street as the parade crosses.  Police Officers will be directing traffic at this location.  Please expect delays if traveling through the Borough of Kennett Square from 5pm to 10pm. 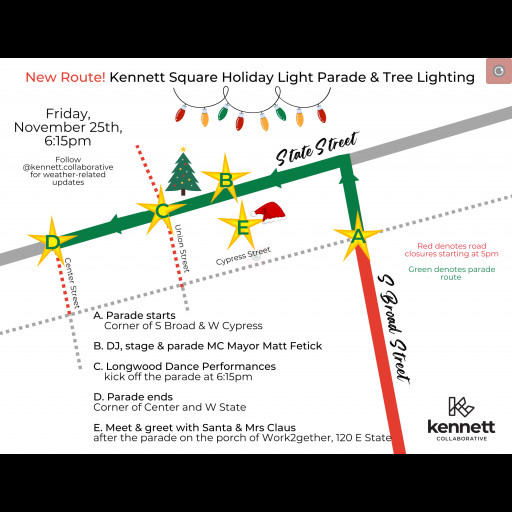