The Westtown-East Goshen Regional Police Department is attempting to identify the suspect of an attempted robbery that occurred around 7:00pm on January 15, 2020. A pizza delivery driver had just completed a delivery at an apartment located in the Springhouse at Brandywine Apartment Complex located in the Brandywine at Thornbury Development of Thornbury Township, Chester County, PA. The suspect approached the victim and put his hand out asking for money. When the victim attempted to flee, the suspect assaulted the victim. The suspect was then seen fleeing the area on foot towards Wilmington Pike.

The suspect was described as being a white male in his late 20s to early 30s, approximately 6 foot tall, average build, dark short hair, brown eyes, and spoke with a slightly deeper voice. The suspect was wearing all dark clothing, including a black zip-up hooded sweatshirt with the hood up.

Please see the attached composite sketch of the suspect, which depicts a likeness to the suspect. 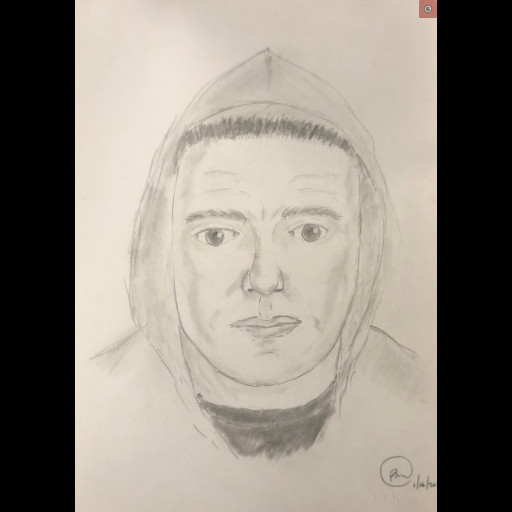