On September 28th, the Westtown-East Goshen Regional Police Department was honored to host the presentation of awards from the Pennsylvania Narcotic Officers’ Association.  Recipients of the award included (from left to right):

The awardees were part of an investigation that began in 2019 and involved various enforcement agencies. The accused subject was indicated to have been operating a national drug operation with international ties. As a result of the investigation, over 22.7 kilos of MDMA, cocaine, ketamine, and other drugs were seized in the U.S., as well as various contraband and more than $42,994 in U.S. currency. This investigation provided evidence against some of the largest, more notorious Darknet MDMA and Ketamine dealers in the world.

Congratulations to the recipients on a job well done! 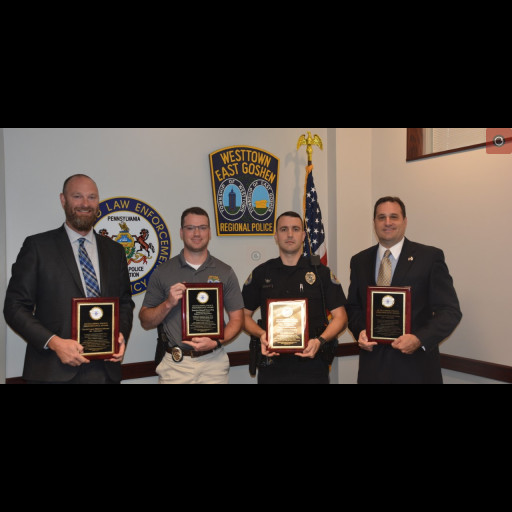