On Wednesday, Oct. 23, 2019, the 23rd annual Operation Safe Stop will be conducted in communities across the Commonwealth of Pennsylvania as part of National School Bus Safety Week, which runs October 21st -25th. Operation Safe Stop is a public awareness and enforcement effort to educate the motoring public that passing a stopped school bus, when children are loading or unloading, is both dangerous and illegal. Each year, through Operation Safe Stop, law enforcement agencies, school transportation providers, pupil transportation associations and PennDOT have combined their efforts to raise public awareness about the potential consequences and reduce the occurrence of illegal school bus passes.

Pennsylvania's School Bus Stopping Law requires motorists to stop at least 10 feet away from school buses that have their red lights flashing and stop arm extended. Motorists must stop when they are behind the bus, meeting the bus or approaching an intersection where a bus is stopped. Motorists following or traveling alongside a school bus must also stop until the red lights have stopped flashing, the stop arm is withdrawn, and all children have reached safety. If physical barriers such as grassy medians, guide rails or concrete median barriers separate oncoming traffic from the bus, motorists in the opposing lanes may proceed without stopping.

During this operation, members of the Westtown-East Goshen Regional Police Department, will work with the West Chester Area School District and Krapf Bus Company on different bus routes where violations of this law have occurred.  Motorists found to be in violation will be stopped and issued a citation for Section 3345(a) Meeting or Overtaking a School Bus.  The penalty for the violation is a $250.00 dollar fine, a 60 day license suspension followed by five points when the license is restored. 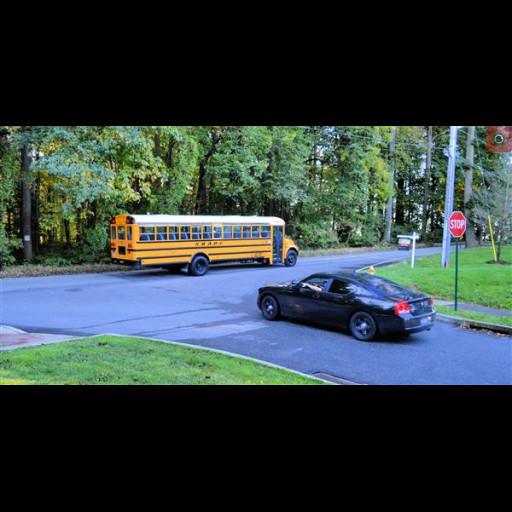